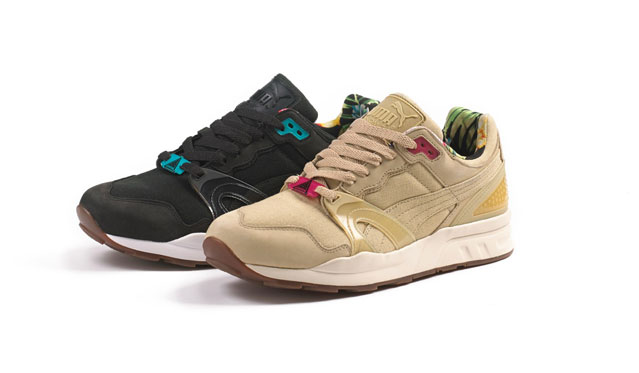 PUMA’s rich running footwear archive has seen some revitalisation as of late, bringing back the original green boxes that the brand was renowned for, as well as their advanced Trinomic technology which first shot to fame in the early ’90s.

2013 saw the re-issue of some key silhouettes for PUMA from their back catalogue, in particular the Trinomic XT2+. This season sees this style alongside the ever important R698 given a tropical treatment – a graphic inspired by Brasil’s national flower, the ipê-amarelo. Staying in line with the brands theme for Spring Summer, these styles give a nod to the summer trend in a subtle way with the print added to the lining.

Available in tonal black and tonal khaki with tropical pop colours, both also feature premium, soft nubuck executions and heavy canvas materials and for the R698, a laser perforated toe box for an updated, refreshed look.

The Tropicalia pack will be released through PUMA’s CREAM programme and will land at Hanon, End and Footpatrol on the 12th April 2014.

For SS14 PUMA are introducing a new programme named CREAM that replaces The LIST. CREAM will be defined by the most exclusive PUMA collaborations as well as limited in-line product that will have cross selected distribution.

CREAM product will include re-issues from the extensive PUMA archive as well as global and market specific collaborations. CREAM will be the crème de la crème in terms of product and collaboration with more comprehensive objectives and allocation closer to what the market needs. 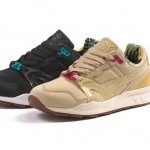 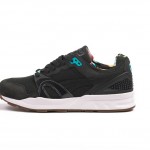 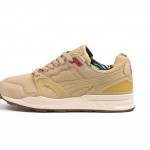 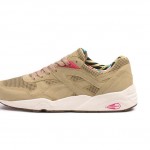 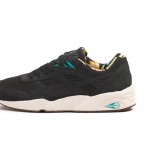 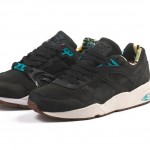 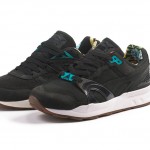 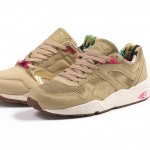 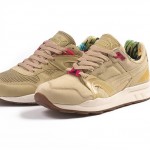 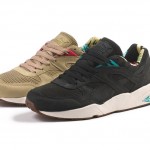 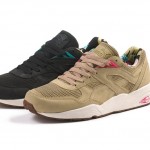 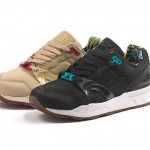