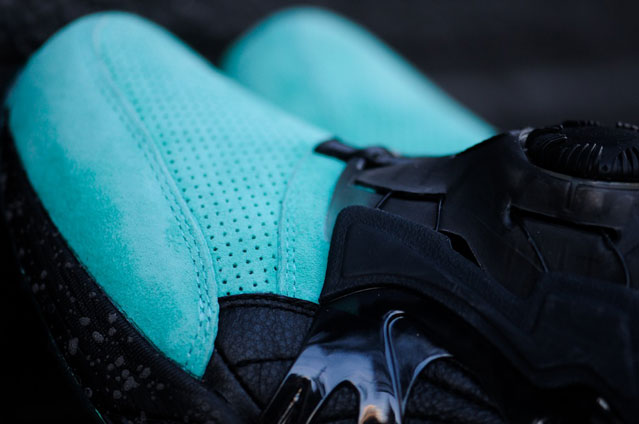 Born and raised in Queens, New York, Ronnie Fieg has been making waves in the footwear industry for years. He is a globally recognised sneaker head whose influence on the industry is incomparable. His KITH stores, based in Manhattan and Brooklyn, stock the most desired, limited and exclusive sneakers, creating a haven for streetwear enthusiasts. Fieg’s knowledge and respect within the street culture scene has made him one of the most sought-after collaborators amongst the most globally recognised brands.

Back in 2012 PUMA and Ronnie Fieg collaborated on their first project, successfully launching the Disc Blaze OG “Cove” to an eager market of sneaker aficionados. It is no coincidence that this season PUMA and Ronnie, for the second time, work on the ever-popular Disc Blaze. Ronnie puts his twist and redesigns one of his all time favourite sneaker silhouettes.

The PUMA Disc Blaze compliments the unique and complex construction of the human foot. In order to achieve the highest possible performance and comfort, it is essential that a shoe fits the individual foot to support and control, without limiting the natural freedom of movement. The groundbreaking PUMA Disc System meets this challenge and forms the perfect synthesis of foot and shoe. One of the most successful styles in the range is the Disc Blaze that features Trinomic technology, was launched in 1992. The Disc Blaze is harnessed by PUMA’s signature no-lace, Disc closure system from the early Trinomic era. Ronnie Fieg acknowledges his appreciation for the style;

“This model has always been my favorite PUMA silhouette. I strongly believe that the Disc concept was very ahead of its time. The functionality really works and the look is progressive — even in 2014.”

Originally a performance shoe, it has become a classic amongst the sneaker head and streetwear community.

Both styles are going to be available in extremely limited numbers from London’s Dover Street Market on 01.02.14. 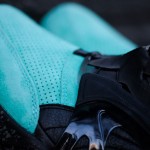 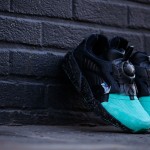 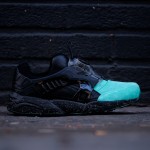 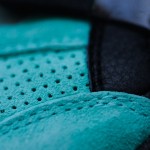 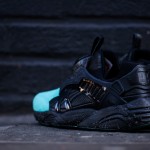 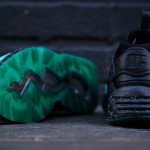 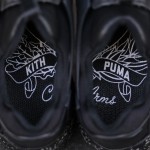 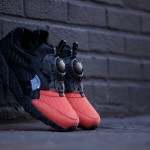 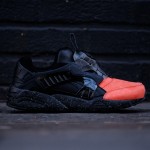 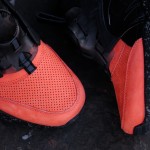 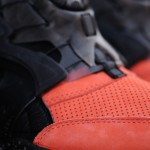 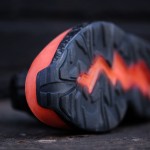 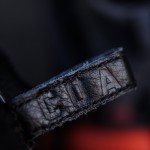